Do not pass go: the blocked Boulevard St. Michel

The rail workers’ strike seems to be dying down, but yesterday was a big day for the student protest of President Sarkozy’s proposed university reforms. Between stuffing- and pumpkin soup-related errands, I managed to catch some pictures of the preparations. 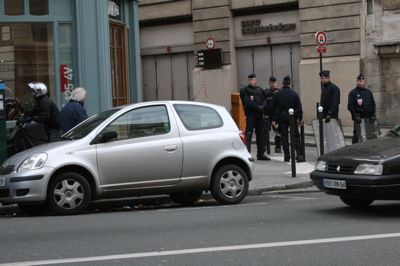 These riot police are ready on rue Monge, just around the corner from our apartment. 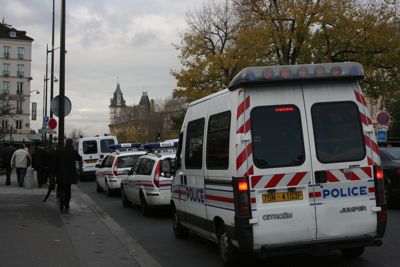 Police vehicles as far as the eye can see on the Quai St. Michel. 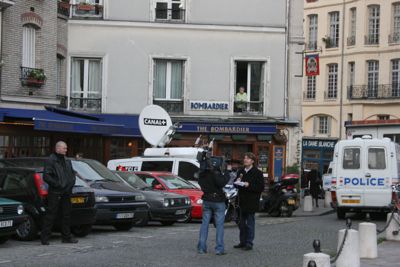 Cable Station Canal Plus Reported from our local pub, the Bombardier, which hasn’t seen this much action since the Rugby World Cup. Notice the entire rue Mt. Sainte-Geneviève is filled with police vans.

The blockade continues behind the church of St. Etienne du Mont. That fence is attached to the front of the van. For what?

The big protest finally happened, and…. 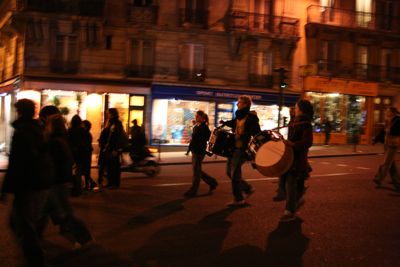 I heard a couple drums, and a couple students randomly shouted things like “pouvoir d’achat!” (buying power!) and sort of harassed the policemen. But nothing too huge. 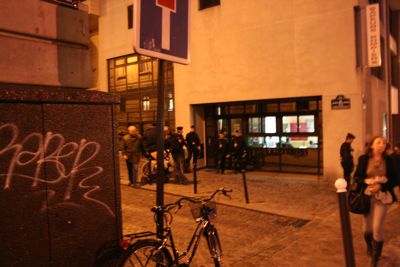 2 thoughts on “Protesting in Paris: Much Ado…?”