It’s been a difficult week for our family. My grandpa passed away on Monday, at home. He was so happy to finally be back in his familiar surroundings. He never really made a very good sick patient. It’s hard to imagine him in the hospital at all. I’m so happy he was surrounded by family, friends, and even military colleagues during his last weeks. We are grieving and trying to focus on the positive, remembering what an incredible life he led. 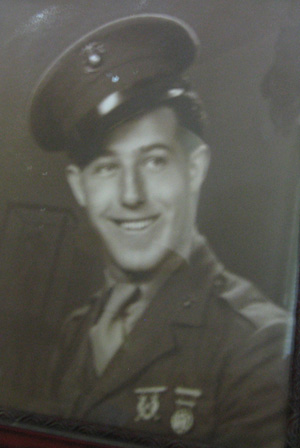 Grandpa fought in World War II and in Korea. He is still affectionately referred to as “The Colonel.”

In Korea, one of the soldiers in his unit made this sign. They were “Wimpee’s Warriors” – under the leadership of my grandpa, Second Lieutenant Wimpee (and you’ll never see any of these men make a joke about our last name!) If you’d like to see what an impression he made in the Marines, read this website in memorial to him.

He never told many “war” stories, but did have many funny stories to tell about all of his travels and experiences in his life. It’s only because of the stories other people have told that I know what an outstanding military career he had. Always modest, it seems he found interesting and positive things to say about even the most difficult of life’s situations. 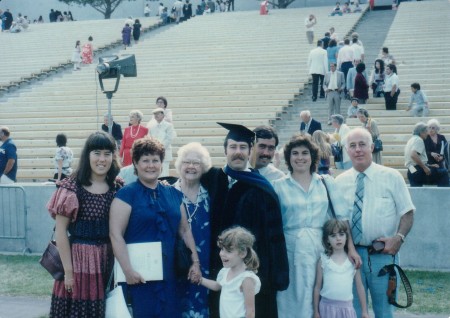 Although I remember Grandpa always having a mustache, this photo is proof that wasn’t always the case. This is my dad getting his Ph.D. in 1984 (I’m the little one on the right). 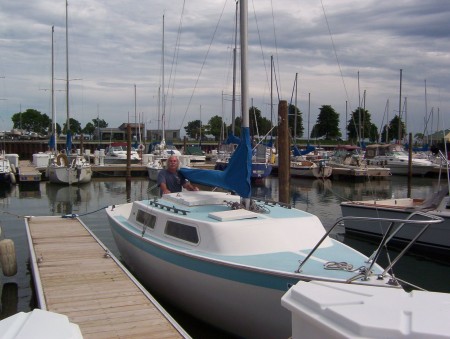 Grandpa loved to sail and had many adventures with my dad on various sailboats. This is the last sailboat he owned, and he gave it to my dad a few years ago. He named it “the Carolee,” after his parents, Carol and Lee. 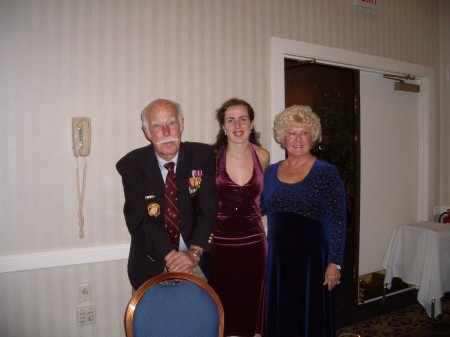 I’m so happy that as an adult I had so many opportunities to spend time with my grandparents. In the fall of 2004, they came to Connecticut for a Marine Corps reunion, so I drove up to meet them. 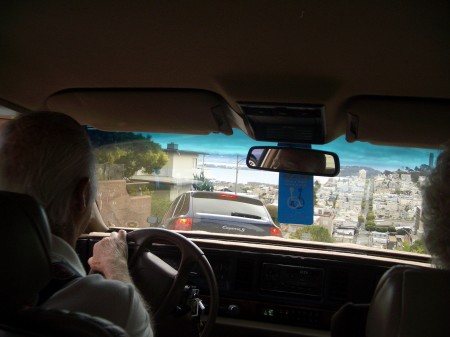 Seth and I made it out to the Bay area on more than one occasion, and Grandpa was always the best tour guide (here we are on Lombard Street), although Grandma always teased him about driving “like a bat outta hell.” Don’t let that handicap sign fool you! 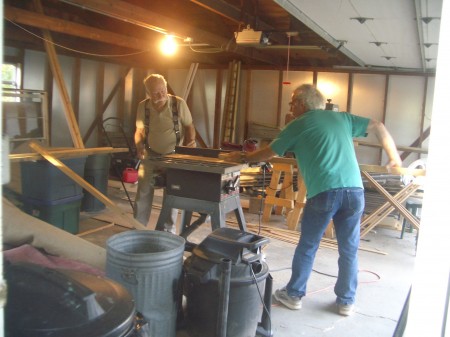 Grandpa was also a successful engineer and could build or fix anything. He helped my dad make the arch for my sister’s wedding in October 2005. 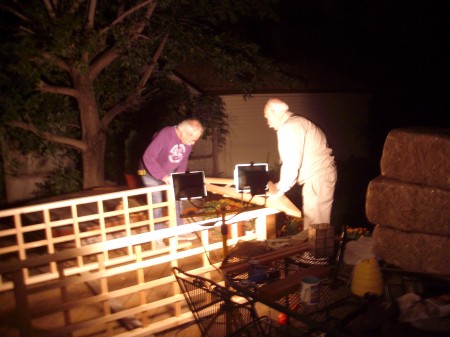 They would work so late on the project they needed spotlights to see what they were doing! 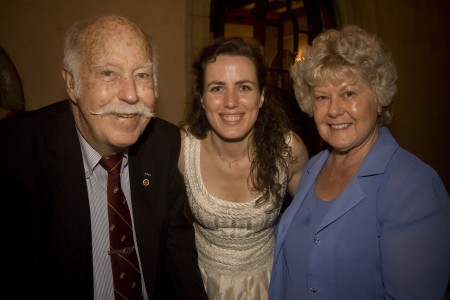 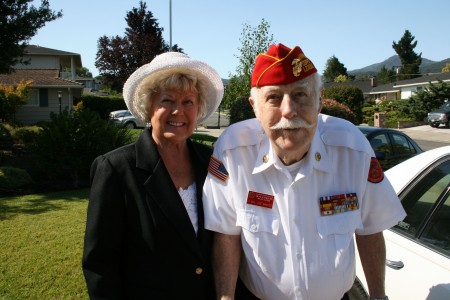 I took this picture last July when Seth and I were visiting northern California.

I think it was that particular trip that I had a sandal come apart while staying at Grandma and Grandpa’s house. My grandpa, the engineer and colonel, and winner of a silver star, spent an afternoon with his fancy equipment to put my silly little silver sandal back together. Special glue and C clamps and some delicate workmanship made it better than ever. That was how Grandpa was: he would do anything you’d ask (or even not ask) in order to help out or fix a problem. And such a banal “problem” it was, but the amount of care he put into this small act of fixing a girl’s shoe was proof of how much he loved all of us. I wish I could wear those sandals still: the second one broke, just as the first one did, but I didn’t get the chance to ask Grandpa to fix it.