We kicked off the long weekend on Saturday with a trip to the Van Cordlandt Manor. This 17th-century manor hosts a couple of big events each year, and the one that celebrates the opening of the summer season is called Animals and Acrobats. It’s an old-school carnival/circus show, with music and puppets and various performers (the eponymous acrobats of course). Birds of prey and horses were also a hit.

The event was also a great excuse to hang out with another family we recently met that also has a 1-year-old. While the boys are still too young to really understand playing together, they enjoyed the same things, and it was a great time chatting with the parents! 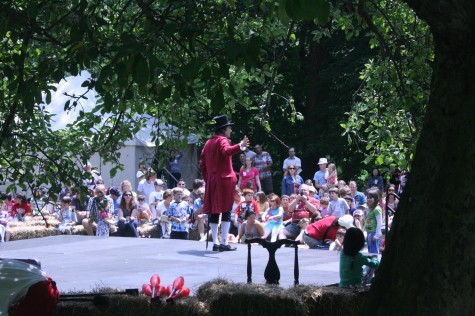 See the bales of hay in the foreground? That was a major attraction to the toddler set. 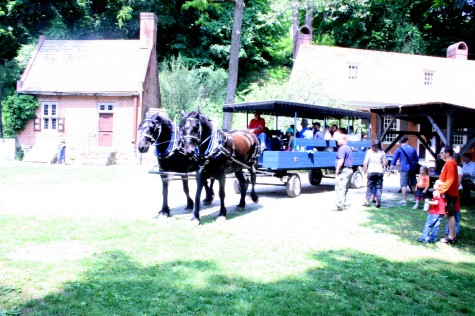 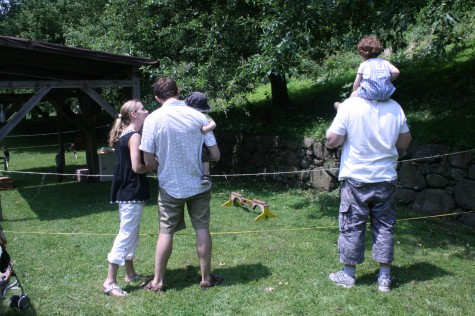 We are all staring at a huge owl sitting in the grass over in the shade. 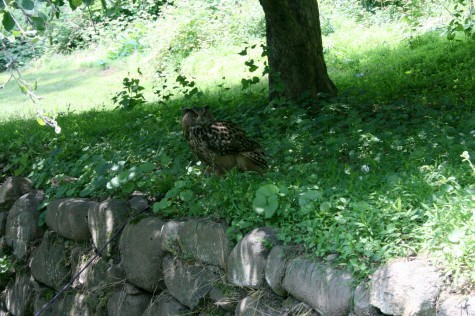 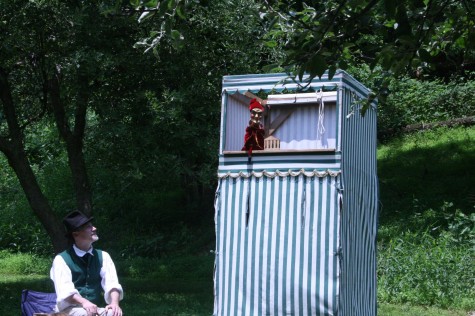 Both the boys loved this puppet show. It was classic Punch and Judy, and most of the jokes were about drinking too much, but it was captivating to them. 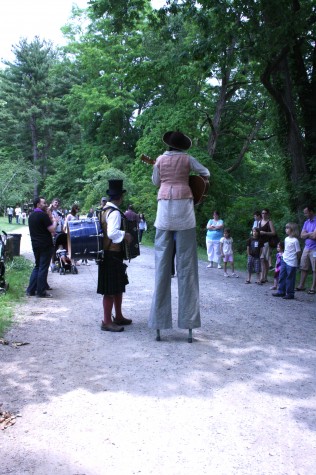 Watching the musicians on our walk back to the car.

In all, the event is probably one that will only get more interesting as Jax gets older. Eventually he’ll want to watch the juggler of fire and learn about the hawks. For now, the music and puppets, the owl and climbing on the hay were entertainment enough!