Who knew something seemingly so complicated was actually quite an easy and toddler-friendly kitchen project to do together? Our neighbor (who has a plot at our local community garden) had more basil than she could use, so she gave us a bunch. It was finally my opportunity to try making pesto myself.

I first did a bit of internet research and although we have a food processor, I decided to take the advice of this site and chop the basil by hand (Jax is scared of the noise of kitchen gadgets). It didn’t take very long, actually, and was the perfect activity to do while Jax smashed the pine nuts with the mortar and pestle.

What to do:
Smash the pine nuts with the mortar and pestle and finely chop the basil leaves. 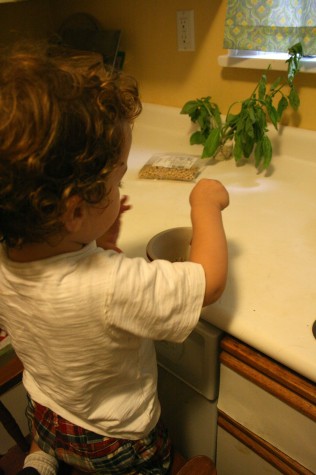 As soon as Jax sees the camera he wants to reach out and “see Jax” on the screen.

In a bowl, combine the nuts and leaves and add olive oil and parmesan until the pesto reaches the desired consistency.

The pesto is ready to use! 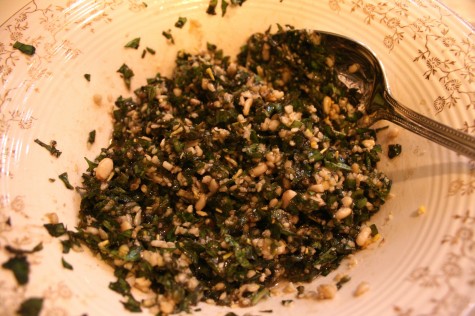 We used it on chicken breasts pan fried with a tad more olive oil. The beauty of such a recipe is that it doesn’t matter if the proportions are off or if some of the leaves and nuts remain whole in the finished product. You can leave out the parmesan (recommended if you want to freeze the pesto) or replace the pine nuts with walnuts (something my sister swears by). You can use it like a meat rub, as we did, or mix it in to simple pasta. Jax loved the chicken, albeit without the chunky parts of the pesto. But a success all around, I’d say.

In these couple of semi-less-hectic weeks before the semester begins I’ve decided to plan Jax’s second birthday party. Last year’s theme worked out well for a baby who was mainly interested in things that moved and were brightly colored. This year, Jax has provided us with so much inspiration, since he is old enough to express his likes/obsessions. So what is he into these days?

~Farm animals: The noises they make, the hay and grass they eat, the fields they hang out in.

~Barns: He is exceptionally excited about the barn-shaped tool shed our neighbors have in their backyard.

~Gumby: Who would’ve thought? We tried to make it to age 2 without any TV, but I know I’m not the only parent who’s had to accept that The Plan doesn’t always work out in reality. Sometimes keeping the kid safely away from boiling water and hot oil in the kitchen takes priority. Why Gumby though? Of all the kid shows on Hulu, this is the one that stuck. “I want to watch Gumby and Pokey” is the evening dinner-prep hour request.

~Garbage Trucks: This has been an obsession since April, when Grandpa Ron took Jax out onto the balcony of their Florida condo to see the garbage truck collect the garbage. His passion for “wabage” and garbage trucks hasn’t waned. When we go out for ice cream, I swear the most exciting part for him is throwing away everybody’s napkins.

~Tractors: When we were in Ohio in June Jax got to play with Seth’s matchbox cars from when he was growing up. There is a tractor in the collection and it’s a favorite. Keeping it in my purse has made certain outings a tad more manageable.

So given these interests, and the fact that there will be other children there with parents who may not have introduced them to Gumby yet, and who may not find it socially acceptable to spend two hours pretending to throw away napkins, can you guess what the theme will be?

It’s been quite a summer for us and I finally have about a week of downtime before my postdoc position begins. I am determined to finish the projects I’ve daydreamed about while finishing my writing and letting the house and yard and sweet little Jax fend for themselves!

Some of these took more time than others. Some things we’ve been working on: 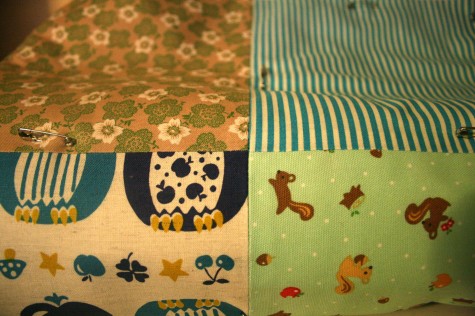 A little project for my little nephew. I’m not finished yet so I can’t reveal any more about it! 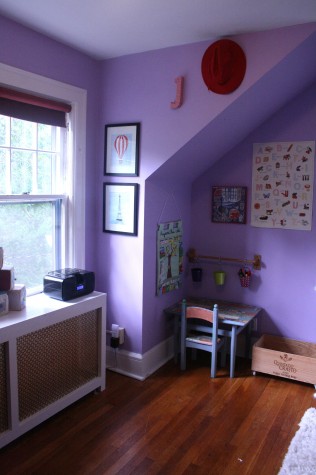 New fabric roller shades I made using this tutorial on Design*Sponge. 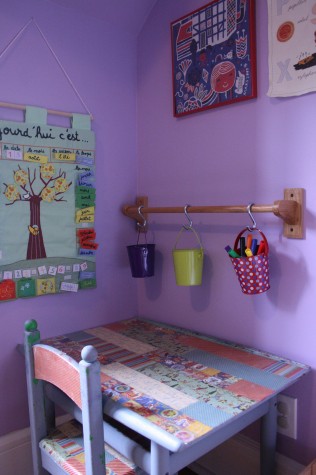 I made this craft table and chair set from found items and decoupaged scrapbook paper. The only issue we’ve had is that because I used non-toxic milk paint, the finish is not very durable. You can see from the multicolored stains that we’ve done a lot of various painting projects! 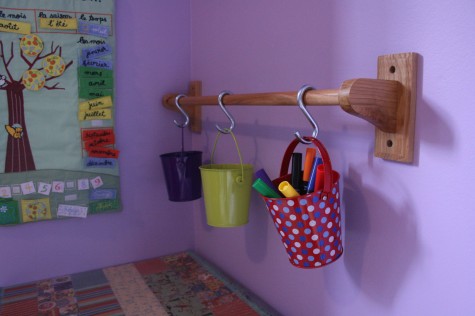 A 5-minute craft organizer for under $10: That’s an inexpensive towel rod from Home Depot, some industrial S hooks, and metal buckets found for a dollar. If you wanted to make it a 30 minute project, you could paint it to match the decor. We’re all about function for the moment!

We also had a momentous month, with my finishing my dissertation and Seth contributing to the cover story of the current issue of Fortune. Whee! 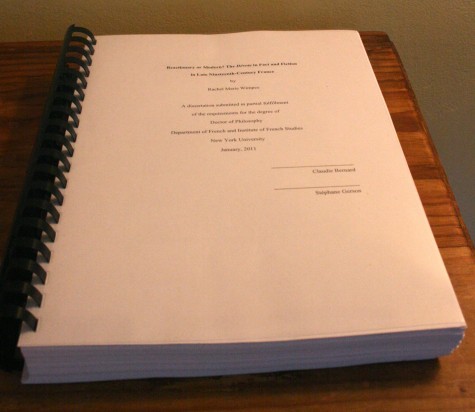 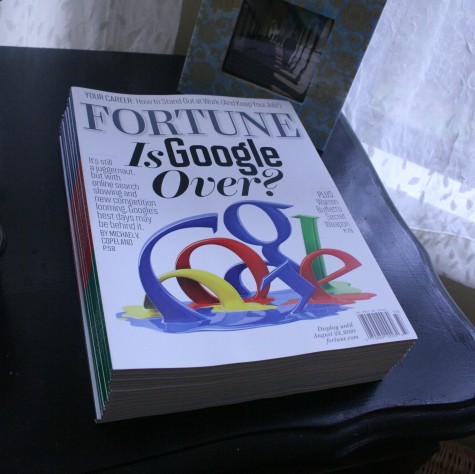 Seth’s cover is cooler than mine. 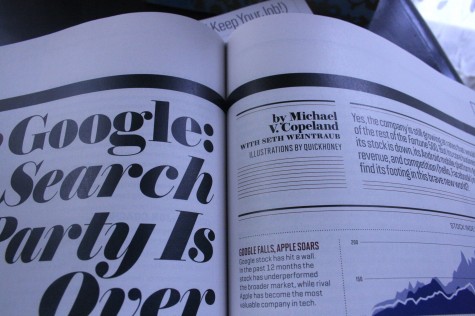 There he is! In print!